The Advisory Council
at Fairfax Church

About the Advisory Council

What are the duties of the Advisory Council?

What is the makeup of the Advisory Council?

What are the terms and responsibilities of the Advisory Council?

Council members are appointed by the Advisory Council for a term of three (3) years, or until their successors are appointed and qualify in their stead. Members must subscribe to the Statement of Faith of Fairfax Church and be a confessing Christian who reflect a life of holiness and manifest the fruits of the Spirit. Advisory Council members do not receive any compensation for their services.

The Advisory Council convenes four times per year for business meetings. Three of these meetings are in-person at the church and one meeting is held online.

If you have any questions concerning the function of our Advisory Council or our Church Bylaws, you may contact the Secretary of the Advisory Council, Valerie Nolan at advisorycouncil@fairfax.cc. 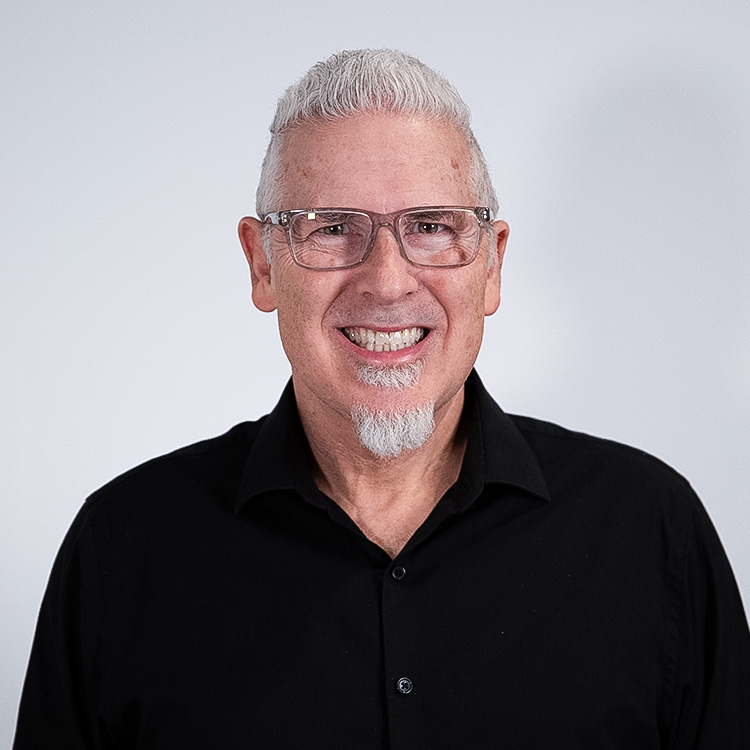 Rod has served as the Senior Pastor of Fairfax Church since 1986. He has faithfully led the church through multiple transitions, growth, and with a deep, abiding faith in Christ over the past 35 years along with his wife Donna, his two children, and his seven grandchildren.

Rod received his undergraduate degree from Anderson University and his Master of Divinity and Doctor of Ministry degrees from Anderson University School of Theology. He has served the broader church for over 20 years on various local, state, national and international boards and he is passionate about raising up the next generation of Christ followers. He has served on the Advisory Council as President in an ex officio role since its inception in 2010. 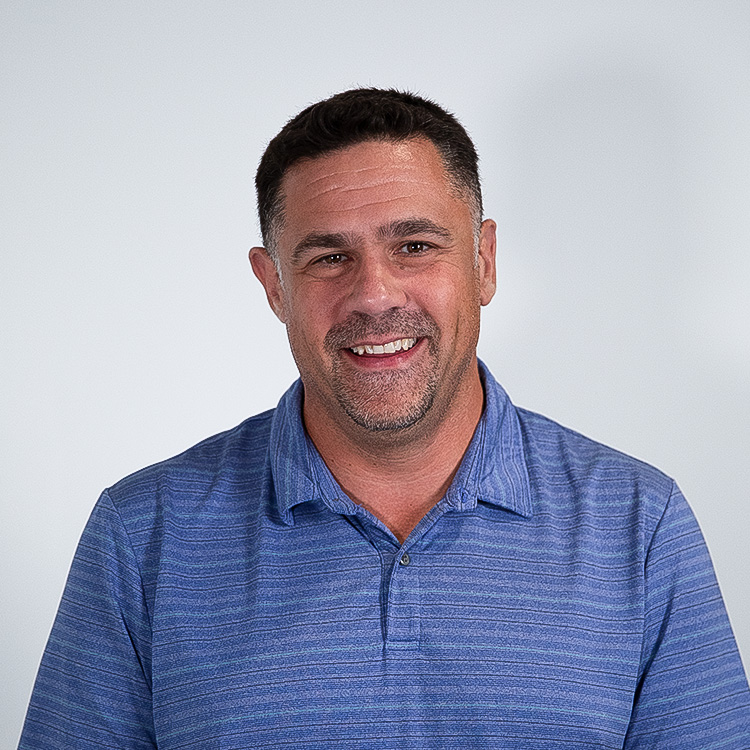 Jon is a native of Virginia and has served on the Advisory Council since 2010. He began attending Fairfax Church in 2007 with his wife and three children. Jon has volunteered in a variety of roles in the church over the years, including small group leadership, high school leader, usher, and writing devotionals for our discipleship team. Jon is the President and COO of the Webb Companies, a real estate investment and development firm. 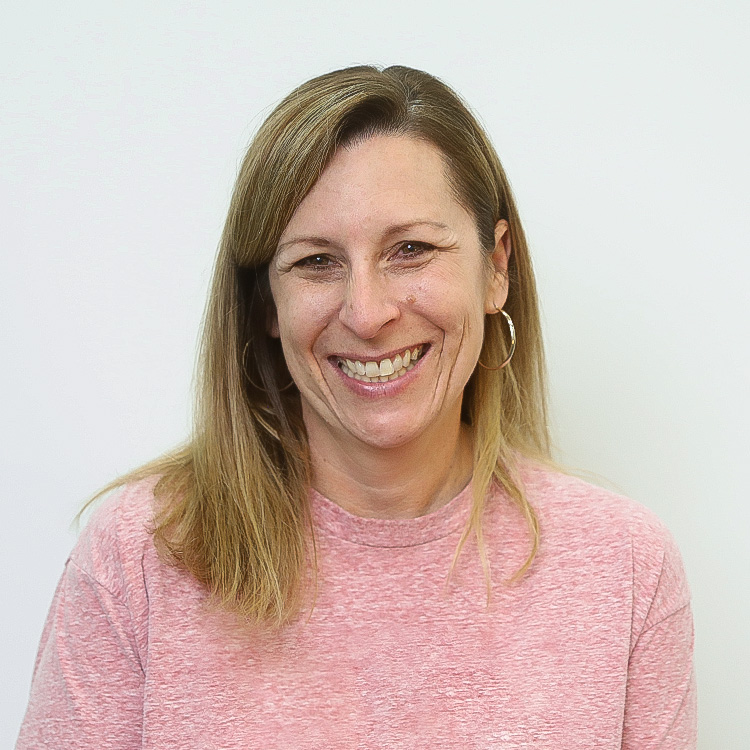 Valerie has been attending Fairfax Church since 2001 and has been on staff since 2006. She has served both in our global and local outreach ministries as well as on our executive administration team. Valerie received her undergraduate degree from Palm Beach Atlantic College. She has participated in several internships and service opportunities globally with Fairfax Church and is passionate about advocating for those not able to advocate for themselves both locally and globally through the local church. She and her husband spend their time raising three daughters and embracing the chaos of life. 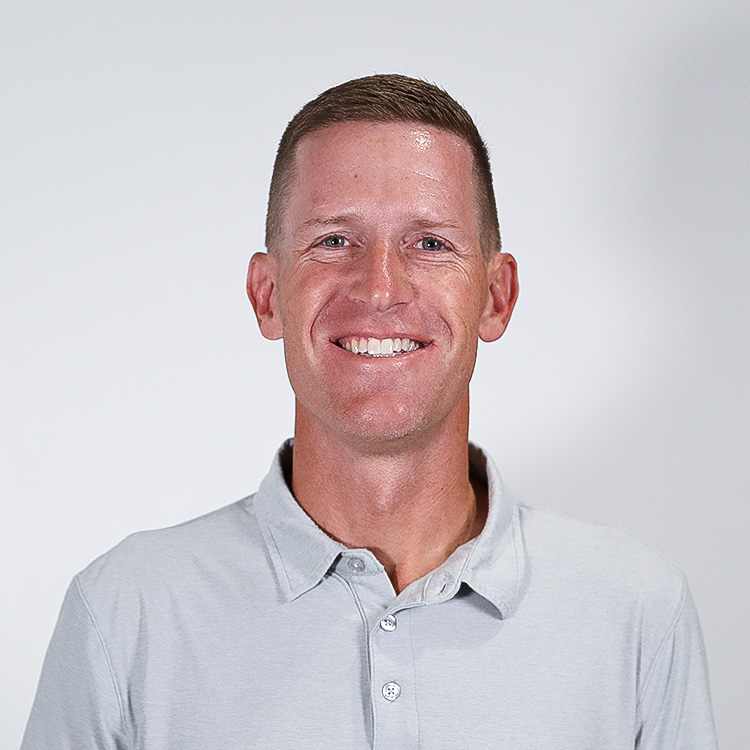 Matt is the Lead Pastor of McDowell Church, a community following Jesus, learning to love in Scottsdale, Arizona. Matt has been a prominent leader in the Church of God denomination and served on the Advisory Council since 2011. He received his degrees from Anderson University and Wesley Seminary, and held pastoral leadership positions at Crossings Community Church and McDowell Church before taking on the Lead Pastor role at McDowell. 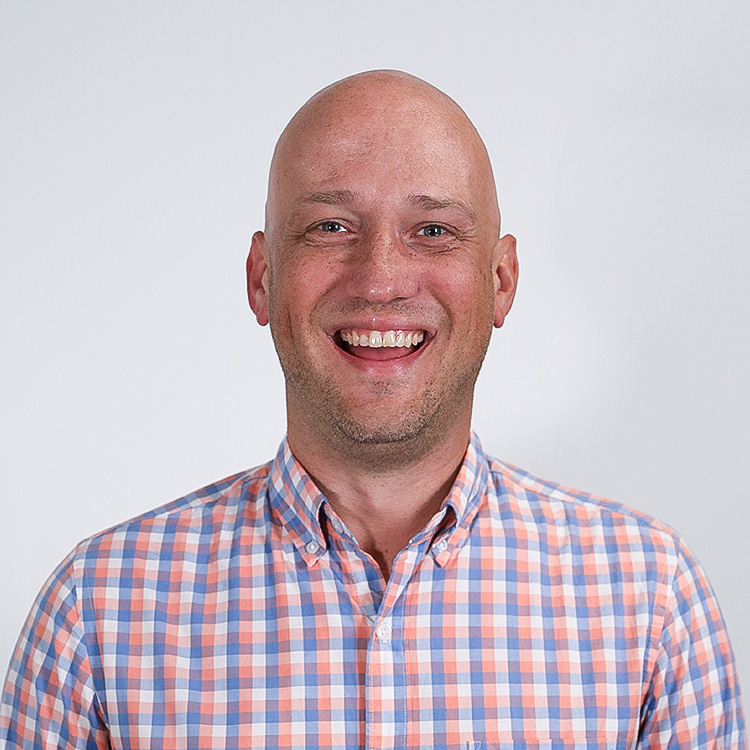 Jake is the Lead Pastor of Hope Chapel, a multi-site, multigenerational church in the Kansas City metro area. Jake has served in ministry for the past 20 years in diverse contexts including England, Southern California, and New York City, and has served on the Advisory Council since 2017. Jake is also the Founder of Trellis, an holistic pathway into full-time local church ministry, in which Fairfax serves as a host church for their internship program.

Chris serves as the Director of Finance as well as Treasurer of Fairfax Church. She holds a Masters in Business Administration with a concentration in Finance and worked previously in Public Affairs, Marketing, Sales and Advertising. Chris volunteers with our weekend production team as a camera operator and can usually be found outdoors when not at work. 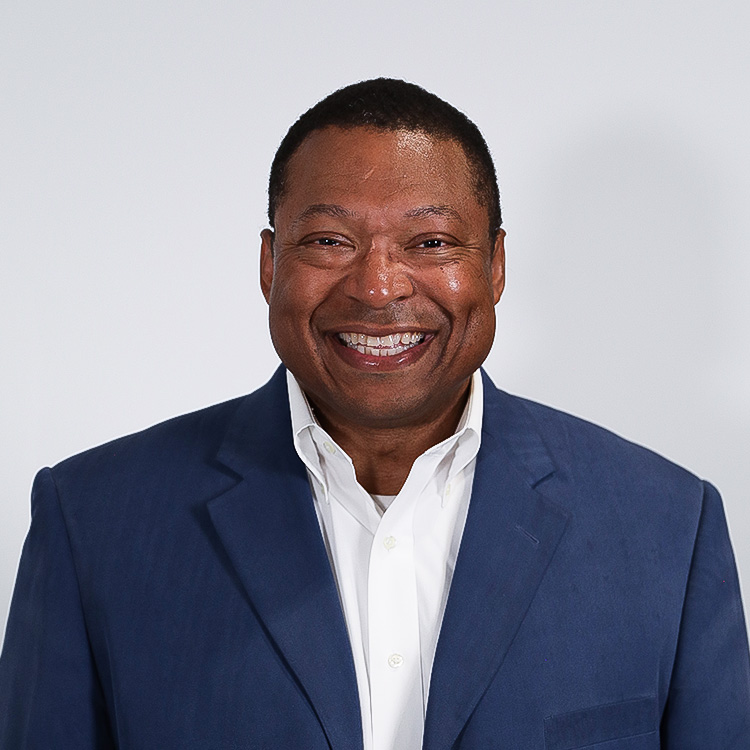 Dennis has been attending Fairfax Church since 2001. He and his wife have raised their three children here. Dennis served faithfully in Fairfax Kids for 12 years, impacting hundreds of children’s lives over the years. He has served on the Advisory Council since 2012. Professionally, Dennis is an IBM Distinguished Engineer Global Government Cloud CTO. He is the lead global technology executive responsible for IBM’s cloud strategy for the government industry. 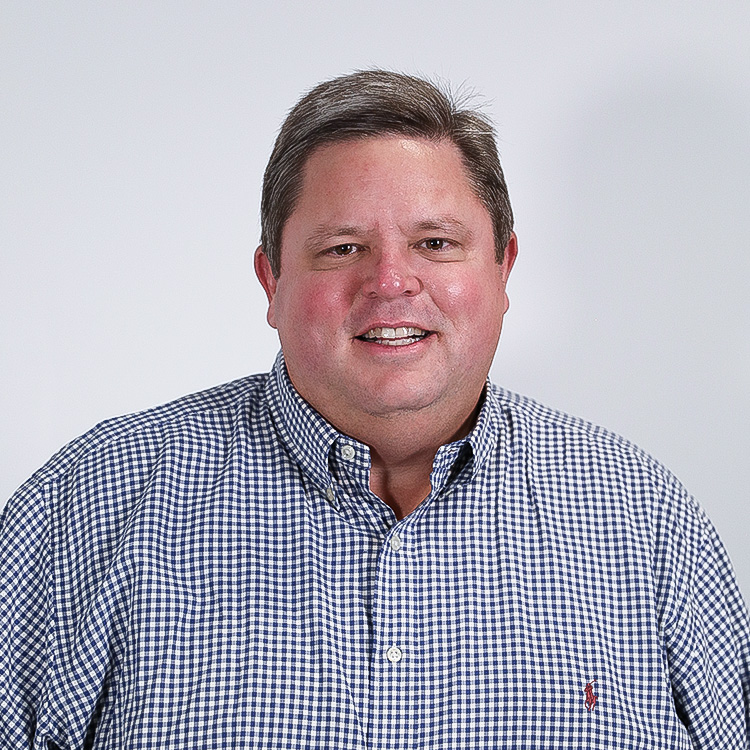 Jeff served on the Advisory Council since 2013 in two different terms. He attends Fairfax Church with his wife and two children and has served as a valuable member of our production team.

Jeff has an extensive background as an entrepreneur and senior executive in the healthcare and technology industries. He is the founder of Privia Health and led the company from a start-up in his basement to its current position as one of the nation’s largest tech-enabled physician companies. In 2017 Jeff transitioned to a Board of Director’s role and helped guide the company through its IPO in April 2021.

Go to the Fairfax Kids page 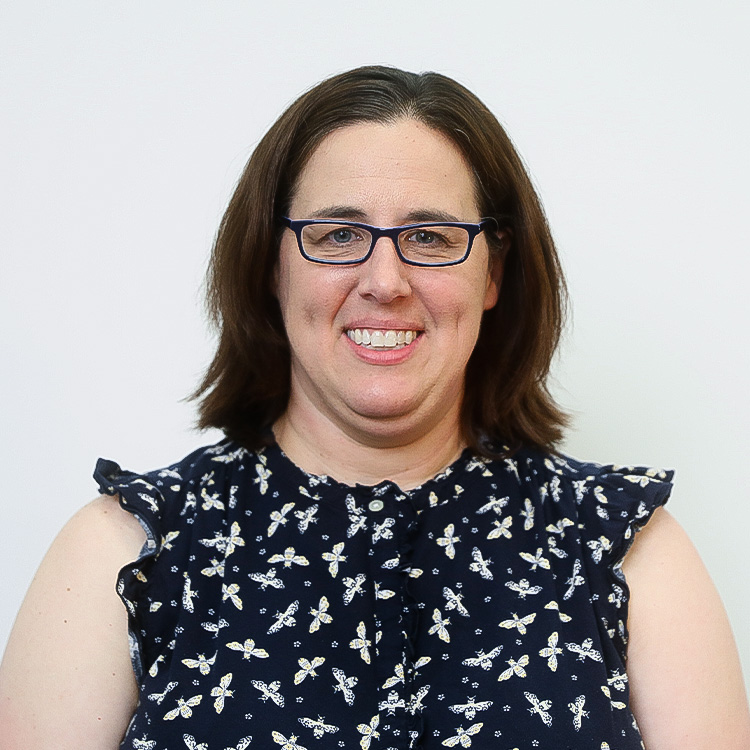 Jessica has been attending Fairfax Church since 2014 and has been on staff since 2018. She received her undergraduate degree from Illinois State University. Jessica and her husband, Damion, have two children. In her free time, she enjoys spending time with her family (usually driving between activities) or sitting outside reading a book. 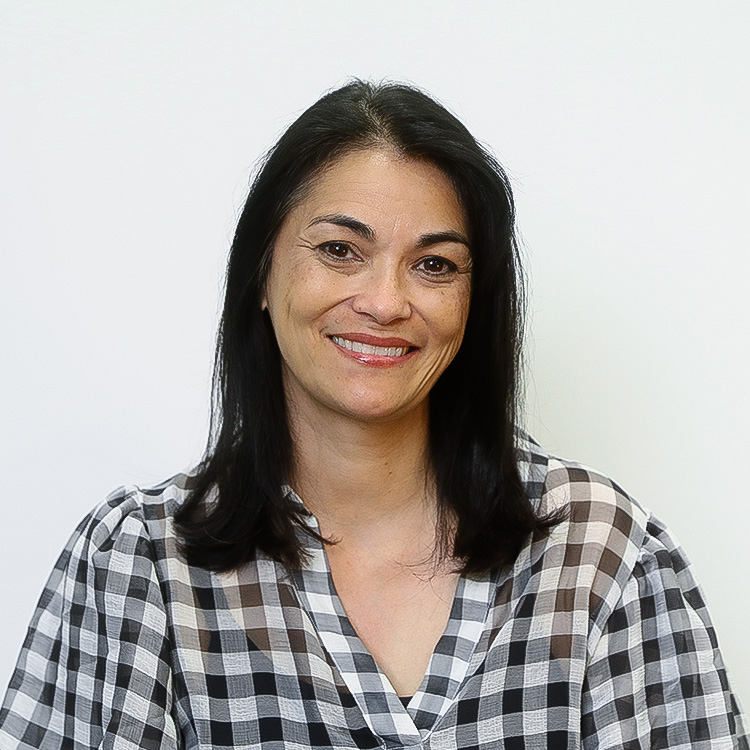 Go to the Students page

Jessica has attended Fairfax since 2006 and has been on staff as Pastor to Students since 2008. She also runs the Fairfax Fellows program. She received her undergraduate degree from Anderson University and a Masters in Theological Studies from Wesley Theological Seminary.  In addition to her staff role, she has served the broader church on a national level in several capacities, including her current role as a part of the Youth Ministry Team for Church of God Ministries. She and her husband, Kevin, have two daughters.

Kyle has attended Fairfax since 1992 and has been on staff as Pastor to Students since 1997. He received his undergraduate degree from Indiana University. He has served on the Youth Network Team for the Church of God and as a coach for Intern Academy. He and his wife, Loretta, raised their two sons at Fairfax.

Go to the Groups page

Josh was born and raised in Northern Virginia and has been a part of the church since he was 11 years old. Fairfax Church has had a profound impact on his life and he is beyond grateful to have the opportunity to serve as one of our pastors. Josh studied Business Management at George Mason University and is currently pursuing a master’s in theology degree at Fuller Theological Seminary. He is married to his beautiful wife Cierra. Outside of ministry you can probably find him spending time with her, his family or close friends enjoying a solid board game or card game. 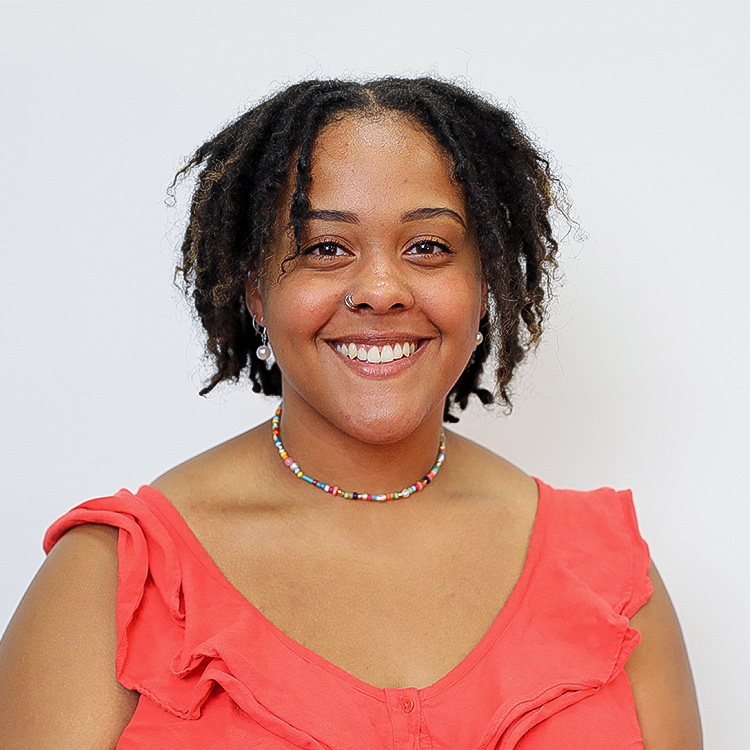 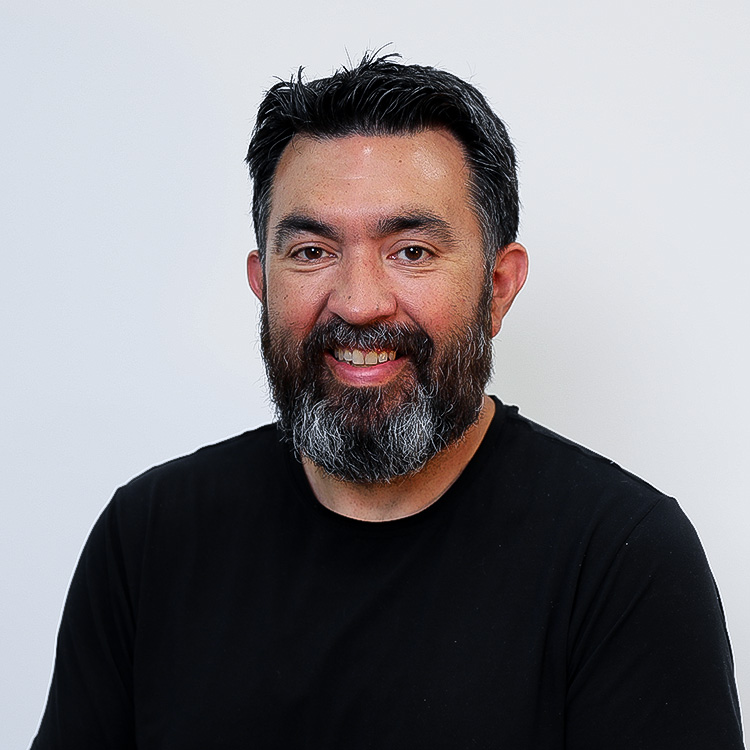 Go to the Care page

Kathleen has served at Fairfax Church for 20 years. She believes that the wholeness in one’s heart and mind is vital for being able to live out the purpose God has for our lives. She oversees care and staff development. Kathleen is married to Dan. They have four married children and 10 grandchildren. 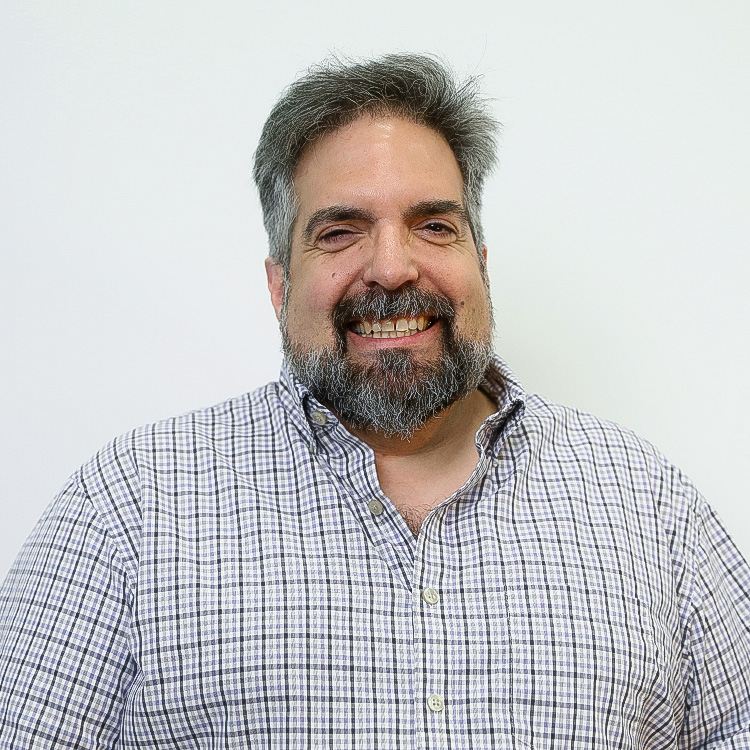 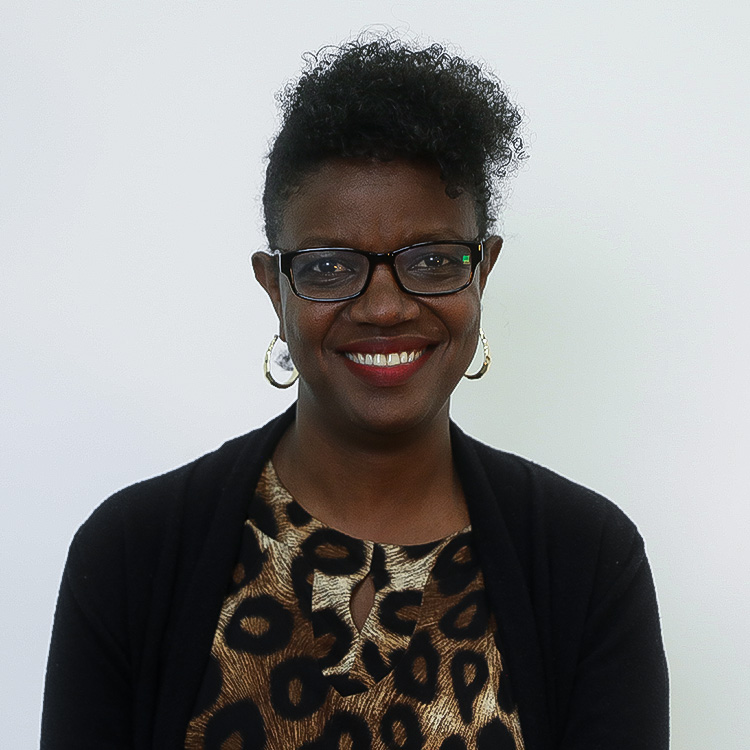 Go to the Outreach page

Executive Assistant to the Senior Pastor 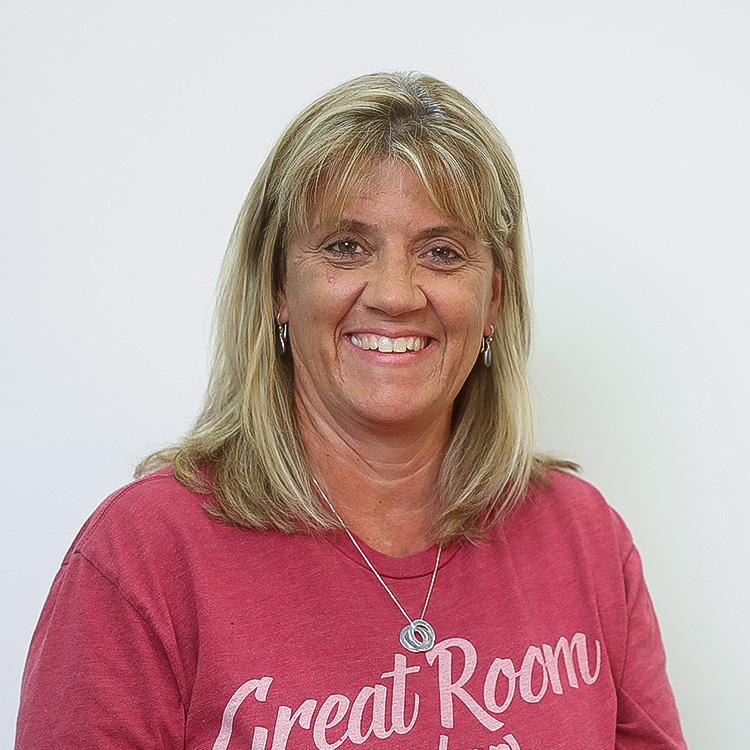 Go to the Creative Arts page 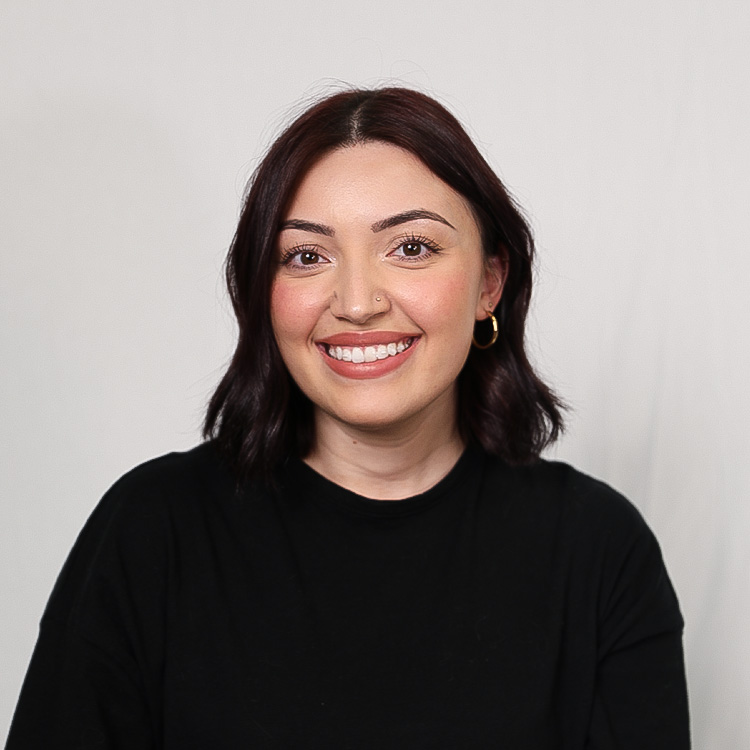 Kayla has attended Fairfax Church since 2009 and has been on staff since 2019. Fairfax has been central to her faith journey, and is grateful to serve in her role over Creative Arts. She received her undergraduate degree from New York University and is currently pursuing a Master’s in Ministerial Leadership at Southeastern University. On her days off you can find her traveling, at hot yoga, or hanging out with her cat Honey. 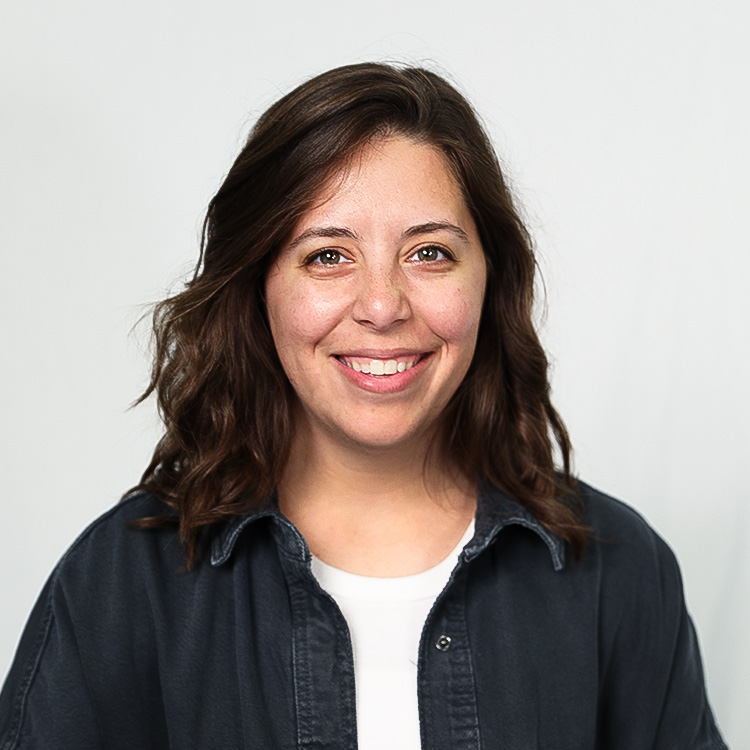 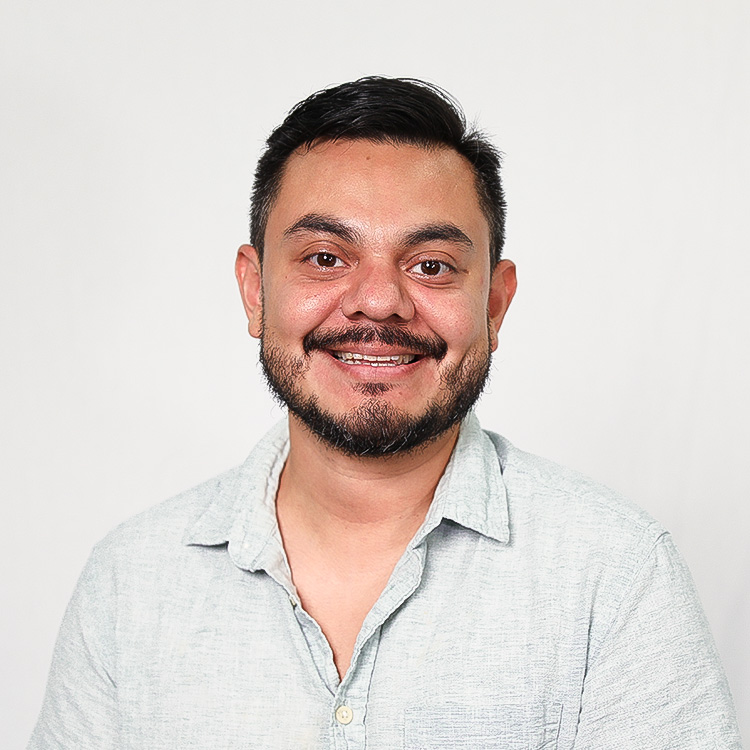 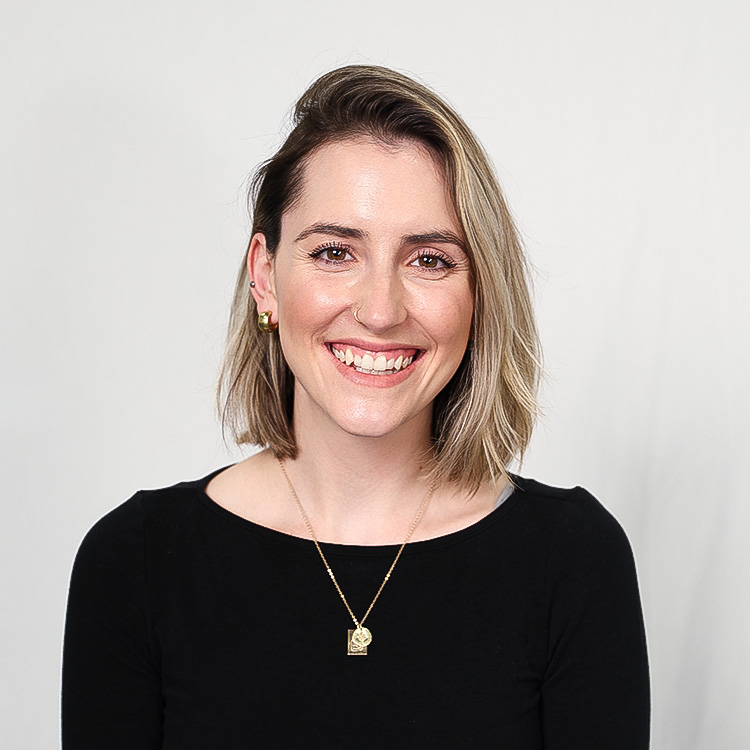 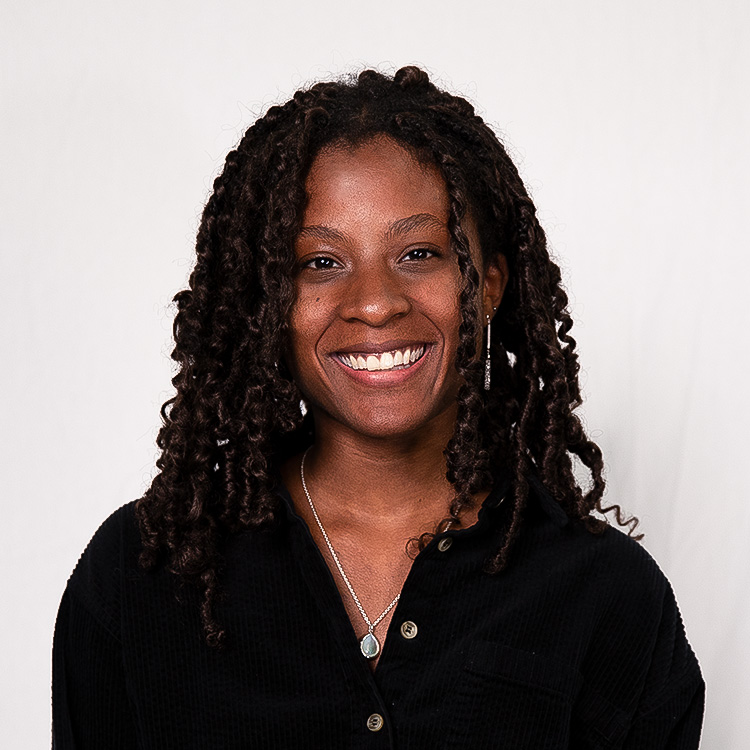 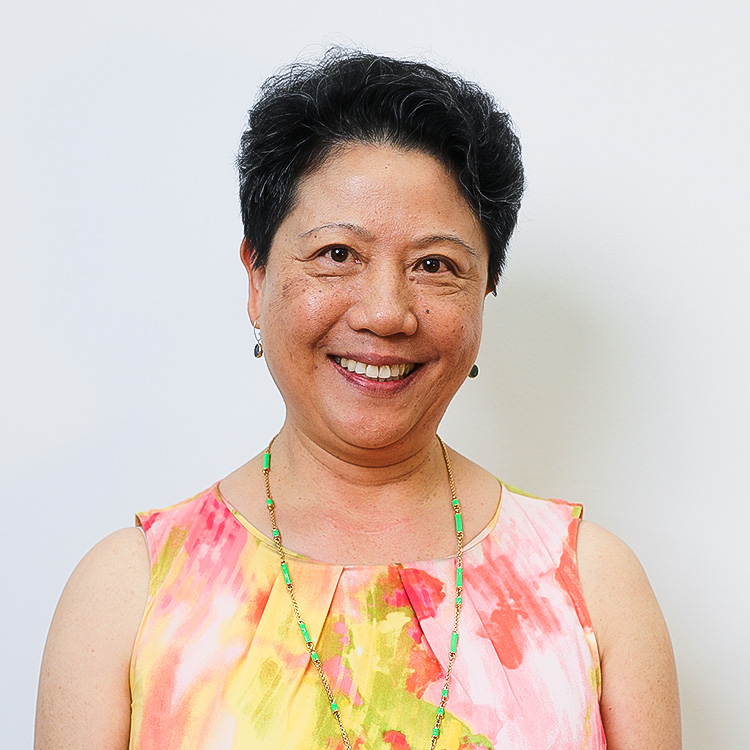 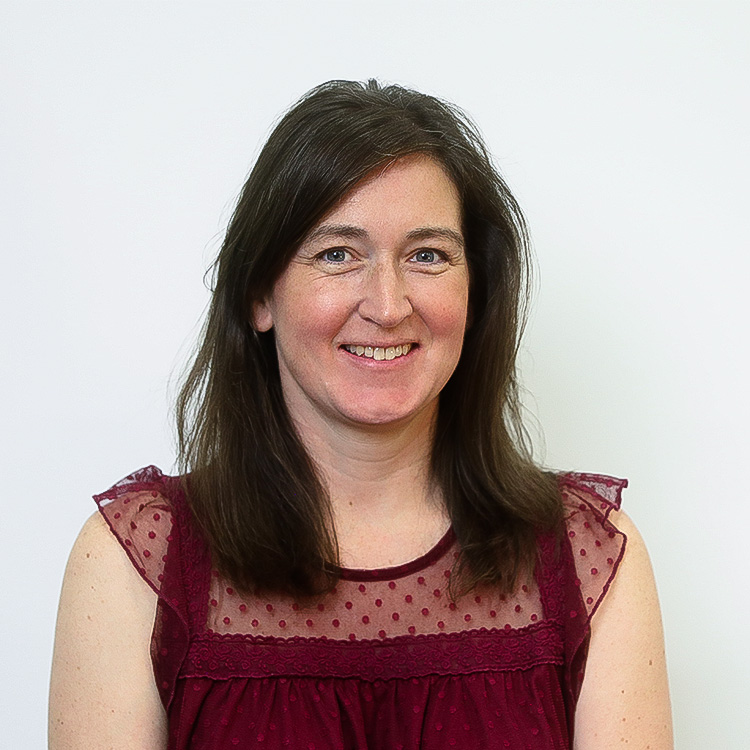